Ocean Eyes is the second full-length studio album by electronic recording artist Owl City. It was released on the iTunes Store on July 14, 2009, and was sold in stores on September 1, 2009. The official cover art features a photograph of the Burj Al Arab. A vinyl edition was released, followed by a two-disc deluxe edition available on January 26, 2010. The deluxe edition includes four new tracks, including a remixed version of "Hello Seattle" by Adam Young.  The album also contains guest vocals by Relient K vocalist Matt Thiessen on the songs "Fireflies", "Cave In", "The Bird and the Worm", and "Tidal Wave".

On July 14, 2009, the lead single, "Fireflies" was chosen as the Single of the Week by the iTunes music store. This led to a huge success as the song was downloaded over 650,000 times and helped the album reach No. 2 on the US store. This success also led to the record company pushing back the release date of the physical copy of the album from July 28, 2009 to September 1, 2009. Adam Young, the founder of Owl City told The Sun that Cave In was especially dear to his heart as "that song captures in just a few words, all my hopes and dreams." The album sold approximately 18,000 copies digitally in its debut week. The album reached the top ten in the US peaking at No. 8. The same week its lead single Fireflies topped the Billboard Hot 100. Eventually, Ocean Eyes climbed to No. 1 on iTunes after the album price was lowered for a limited period of time.

The album has slightly different versions of songs from previous albums, namely Hello Seattle from Of June and On the Wing and The Saltwater Room from the album Maybe I'm Dreaming.

"Fireflies" was released as the album's first single on July 14, 2009, in the U.S. and on January 8, 2010, in the U.K. It climbed the Billboard Hot 100 slowly until reaching No. 7 and leaping to No. 1 the following week. "Fireflies" topped the Billboard Chart for two non-consecutive weeks, as well as topping the iTunes Top 100 Chart for several weeks. "Fireflies" was originally released as a free U.S. iTunes digital download the week the album had its digital release in the U.S., which could have contributed to the single's massive success. Fireflies continued to make the top 10 most downloaded songs in many countries and reached No.1 on the Official U.K. Singles Chart on January 24, 2010.

"Vanilla Twilight" was released as the album's second US single on January 26, 2010, to radio, the same day that the deluxe edition of Ocean Eyes hit stores. During the same week that "Fireflies" topped the Hot 100, "Vanilla Twilight" debuted at No. 95. It has since re-entered and re-peaked on the Hot 100 at No. 72 on the week ending January 9, 2010.

"Umbrella Beach" was released as the album's second U.K. single on May 17, 2010. "Umbrella Beach" was originally released promotionally on November 19, 2009, preceding the release of the official first single "Fireflies." An exclusive remix created by Kenny Hayes is included on the single release. There is also a music video available for it. Unlike "Fireflies" and "Vanilla Twilight", Young does not appear in the video, aside from a few photos.

"Strawberry Avalanche" and "Hot Air Balloon" were released as digital-only promotional singles in June 2009, leading up to the release of the album, but they only appeared on the deluxe edition.

"Sunburn" was released as a digital-only promotional single for the soundtrack of 90210 in October 2009, and it was also released free to people who bought "Ocean Eyes" during a span of several weeks of December 2009.

Young discussed the origin of the album's title, saying: "I'm from the middle of nowhere in Minnesota you see, so the ocean has always been a curiously dreamy, ethereal, almost romantic thing to me. Over the years I spent a great deal of time with my eyes closed, imagining myself having the most wonderful adventures by the seaside. Doing things one can only do in dusk and glow and midsummer dreams, as if the back of my closed eyelids were a silver screen and I was a sentimental projectionist with hundreds of fanciful reels at hand, all ready to roll. Thus is the reasoning behind the title." - Adam Young, Adam Young's blog

Ocean Eyes has received mixed reviews from critics, based on an aggregate. Metacritic gave the album a 53/100. The album gained some positive reviews, including Entertainment Weekly which gave it a B+ and said that it was filled with memorable choruses and that the highlight song was "Dental Care". Jesus Freak Hideout also was favorable towards the album; the review highlighted the album's musical style, saying that it had "dreamy lyrics and open soundscapes."

On the other hand, Rolling Stone claimed Ocean Eyes as "disappointing", by giving it only 2/5 stars. The magazine especially criticized the slower songs, saying that forgettable tracks like "On the Wing" were "just mush". Allmusic also gave the album an a total of 2.5/5, stating "Ocean Eyes ultimately winds up too sugary for its own good, though, having focused on dessert without giving its listeners any sort of meaty, substantive entrée. A handful of ballads add some sense of variety to the album's pace, but Owl City is largely a vehicle for the one song Adam Young knows how to make." 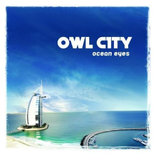 The official cover for Ocean Eyes 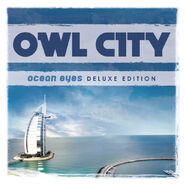 The official cover for the deluxe edition 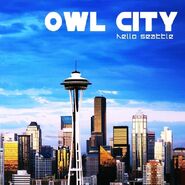 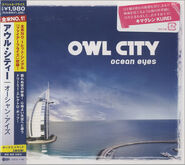 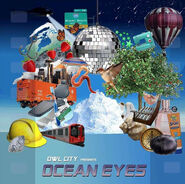 Retrieved from "https://owlcity.fandom.com/wiki/Ocean_Eyes?oldid=6486"
Community content is available under CC-BY-SA unless otherwise noted.