"Maybe I'm Dreaming" is the debut album by the American project Owl City formed by Adam Young. It was released on December 16th, 2008. Despite having been self-released and not recorded by any major producer, it managed to reach the top 20 of the Billboard Electronic Music Album Chart. The seventh track, "The Technicolor Phase", is featured on Alice in Wonderland's compilation album, Almost Alice.

Maybe I'm Dreaming peaked at #6 on the UK Dance Albums chart and #16 on the US Dance/Electronic Albums (Billboard) chart. 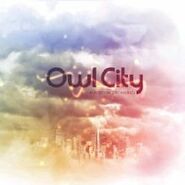 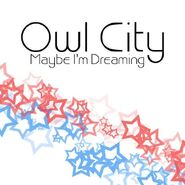 Guitarist and vocalist Austin Tofte provides on track 1 and 2

Adam Young of Owl City
Add a photo to this gallery

Retrieved from "https://owlcity.fandom.com/wiki/Maybe_I%27m_Dreaming?oldid=5923"
Community content is available under CC-BY-SA unless otherwise noted.